E-mail: This email address is being protected from spambots. You need JavaScript enabled to view it.

Dr. The Honourable Ralph Everard Gonsalves, Political Leader of the Unity Labour Party (U.L.P), was appointed by His Excellency the Governor-General to the Office of Leader of the Opposition with effect from October 1, 1999.  Dr. Gonsalves succeeded the distinguished statesman, the Honourable Vincent Ian Beache, who voluntarily demitted that Office. On December 6, 1998, Dr. Gonsalves was elected Political Leader of the U.L.P in succession, to Mr. Beache. He is now into his second term as Prime Minister of Saint Vincent and the Grenadines, his Unity Labour Party (ULP) having successfully contested the General Elections of 2001 and 2005.

Ralph E. Gonsalves, known affectionately as "Comrade Ralph",was born in a rural village at Colonarie, Saint Vincent and the Grenadines, on August 8, 1946 to his father, Alban Gonsalves (a farmer and small businessman, now deceased) and his mother, Theresa Francis (a small business woman). His foreparents came to Saint Vincent and the Grenadines in 1845 as indentured servants from the Portuguese-ruled island of Madeira, some 300 kilometers off the north-west coast of Morocco in North West Africa. He is married to Eloise Gonsalves nee Harris, a Trinidadian of Dominican parentage, who is a graduate of the University of the West Indies (Cave Hill campus) in English and French and of the Fashion Institute of Technology in New York in Designing. Dr. Gonsalves is the father of five children (Camillo, Adam, Isis, Storm and Soleil), aged between 32 years and 9 years. He and his wife are practising Roman Catholics.

Ralph Gonsalves attended the Colonarie Roman Catholic Primary School and then the Saint Vincent Boys’ Grammar School. Thereafter, he was educated at the following tertiary institutions:

At University, Dr. Gonsalves participated fully in a range of activities including: student politics; public-speaking and debating; cricket; steelband (He was a tenor-pan player for the University steelband); and journalism for the student newspaper. During this time he was the recipient of many student awards, including "The Student of the Year Prize for 1969 at U.W.I. (Mona Campus)." He represented U.W.I. at the American Debating Championships; and he was elected President of the Guild of Undergraduates (the student body) at the same university. He was the first Vincentian student at U.W.I (Mona) to have been "Student of the Year", Championship Debater, and Guild President. 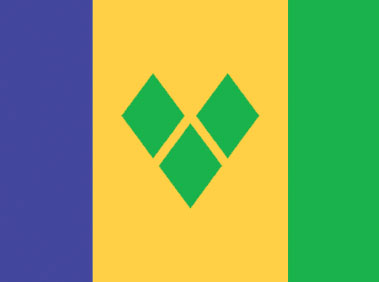 Website developed and managed by the
Information Technology Services Division
© 2022, Government of Saint Vincent and the Grenadines
To Top